Semiconductor: A material that is neither a good conductor of electricity nor a good insulator, but has properties of electrical conductivity somewhere between the two. Silicon and germanium are good semiconductor materials.

There are two types of semiconductors on the basis of impurity added:

no. of electrons>>no. of holes

no. of electrons<<no. of holes

A transistor is a semiconductor device used to amplify or switch electronic signals and electrical power.

The avalanche breakdown occurs in both normal diodes and zener diodes at high reverse voltage. When high reverse voltage is applied to the p-n junction diode, the free electrons (minority charge carriers) gains large amount of energy and accelerated to greater velocities.

Logic Gate: A logic gate is a digital circuit that has one or more inputs but only one output. 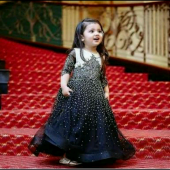